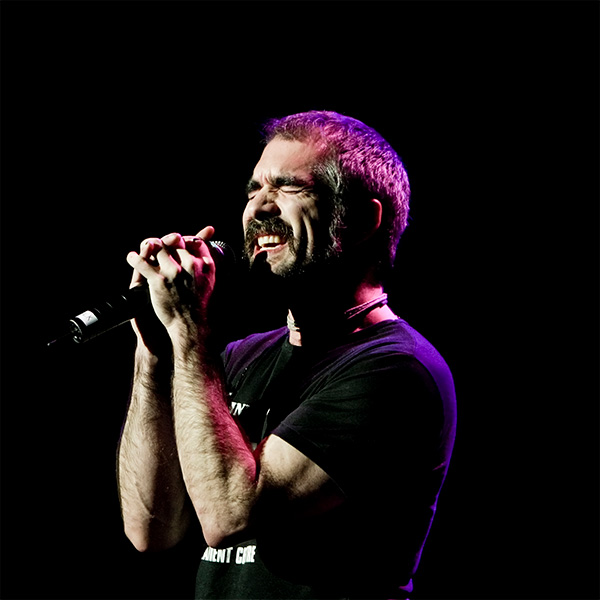 No-one has inspired me as much as the fab four. The Best of the Best. And as each year passes, they solidify themselves as a band that pushed the envelope of how we make albums to this day. And yes, I said ALBUMS.

In 2002 Irwin reclaimed his name with the release of his first solo offering entitled The Evolution of Irwin Thomas which was HMV’s Album of the Year!

He has opened for or supported Matchbox Twenty, Whitesnake, Judas Priest, Spandau Ballet, Tears For Fears and Alice Cooper to name a few!

Irwin is a founding member of iconic Melbourne Rock Band Electric Mary and in 2008 they were a finalist in the Music Oz Awards nominated for Best Rock Band.

Most recently Irwin has been working with Australian singer /songwriter Aaron Hendra (John Farnham) and has been recording and touring with AHP.

Irwin has a long association with Producers Phil Bathols & Tim Woods playing in the original WHITE ALBUM Tour, several LET IT BE Tours, All You Need is Love and Beatles BACK2BACK. The common denominator in these tours is the extraordinary talent that is Irwin Thomas aka Jack Jones!

An amazing career that spans decades and continents and the journey continues! 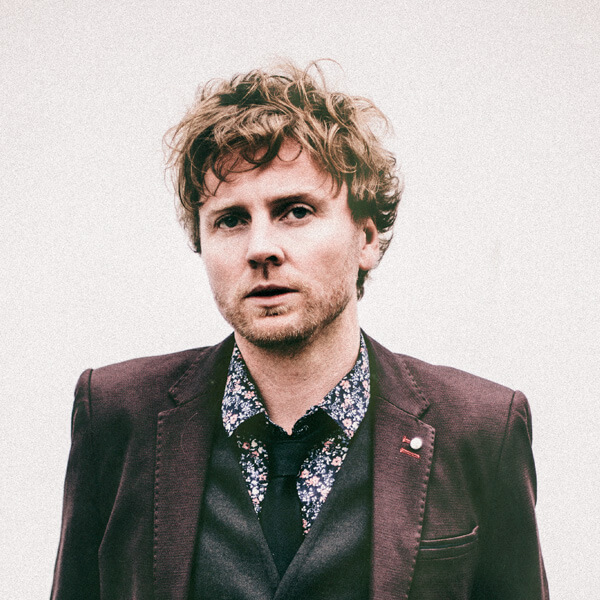 Quoted as being “one of our premier singer-songwriters”, which is a sentiment echoed by many media outlets, radio, industry, peers and fans alike – Kevin Mitchell has grown up in the Australian music spotlight.

Forming what would become a seminal Australian band in Jebediah, at age 16 the four-piece outfit secured a spot on the massive Summersault Festival after only 13 shows. Within a year of this festival Jebediah had gone from a tiny band out of Perth, Western Australia to a household name. They penetrated the radio and TV waves with their unique punk sound, featuring Kevin’s distinct voice and larrikin style video clips, solidifying them as the fun loving darlings of Australian music and gracing stages with major international acts.

Unbeknownst to many, the lead singer was also busy writing pure pop tunes with a country tinge; exuding the stories of growing up in suburban Australia. As Jebediah was busy racing up the charts and going gold and soon after, platinum, the seeds of what would become Kevin’s solo project, Bob Evans, had sprouted. After 4 studio albums, numerous nominations, awards and accolades and 9 years of touring the world putting Australian punk on the map with Jebediah, it was time to take a punt on these solo creations.

Bob Evans’ debut album may have quietly slipped into the marketplace while Kevin was still busy with Jebediah but it didn’t go completely unnoticed. A record label and devoted fans caught wind of the wonder of these heart-warming tunes and with that starting support, it wasn’t until the second album, Suburban Songbook, that Kevin truly landed rewards of glowing praise and elevated his existing recognition as a top songwriter.

A brand new Jebediah album in 2011, Kosciuszko, kept Kevin very busy. Undertaking a massive 6-month Australian touring schedule filled with sold out shows, Kosciuszko hit home with both diehard fans and new listeners. The album debuted at #6 in the ARIA Charts, was Triple J Album of the Week, nominated for an ARIA Award, scored in the Triple J Hottest 100 with the single “She’s Like A Comet”, which also went as high as #1 in the radio charts for weeks, went Gold in sales and took home a WAMi.

In 2015 Jebediah celebrated their twentieth anniversary with ‘TWENTY’ – the biggest tour the band had undertaken in some time with a double album of their greatest hits and a national sell-out tour.

Bob Evans’ most recent album ‘Car Boot Sale’ – received an ARIA Award Nomination for ‘Best Adult Contemporary’ album and was touted by Rolling Stone Magazine as one of the 50 Best Albums of 2016.

Gracing the Australian music scene for more than two decades, Mitchell has written some of the country’s most beloved songs showcasing the versatility and skill of this talented songsmith. 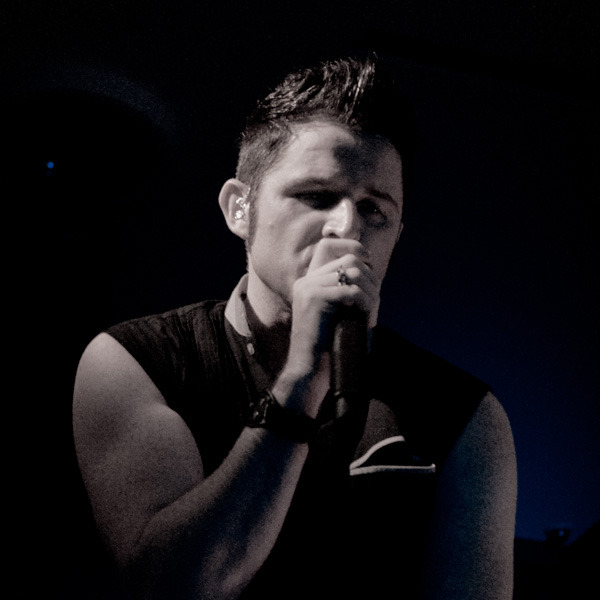 In 2011 CIARAN GRIBBIN made the big move with his family from their hometown of Castledawson in Northern Ireland to Sydney Australia to join INXS as their singer and co-songwriter and has since toured extensively with them to much acclaim throughout South America, Europe and Australia. With the band currently off the road this has given him the opportunity to continue his solo live and recording work and successful songwriting activities.

Pre INXS he played countless shows with many artists including Paul McCartney, The Script, Gotye and Paulo Nuttini amongst others. As a songwriter he co-wrote Madonna’s Grammy nominated ‘Celebration’ and also wrote, recorded and produced all of the original songs for the Irish music-based comedy drama movie ‘Killing Bono’ starring Ben Barnes plus music for other movies.

In September 2013 he performed at the ‘Rock In Rio’ music festival followed by a week in Los Angeles for talks and meetings with movie music supervisors and co-songwriters.

“…I just enjoyed Ciarans company and really enjoyed his voice and listening to his songs, his music. Later on I realized the collaboration, artistically and especially songwriting, could be something that would be really, really good for INXS and so far that’s been true.” Andrew Farris in Billboard

“This INXS show was amazing and should not be missed. Ciaran Gribbins vocals are so good. He has the voice, looks and charisma of an INXS frontman. He took ownership of the old songs along with his own and breathed new life into the 30+ year old band’s career.” Ticketmaster

“Oozing charisma INXS lead singer Ciaran Gribbin stalked the stage like a growling leopard. If you want to know how to move like a rock star frontman, just watch him.” The Music – Perth Arena

“Ciaran has one of the most extraordinary voices I’ve heard in a long time.” Gary Lightbody – Snow Patrol

“Gribbins voice, let off the leash, is extraordinary, soaring and dipping on oodles of emotion. He has proven he is the possessor of a fearsome, restless musical imagination.” Francis Jones – BBC 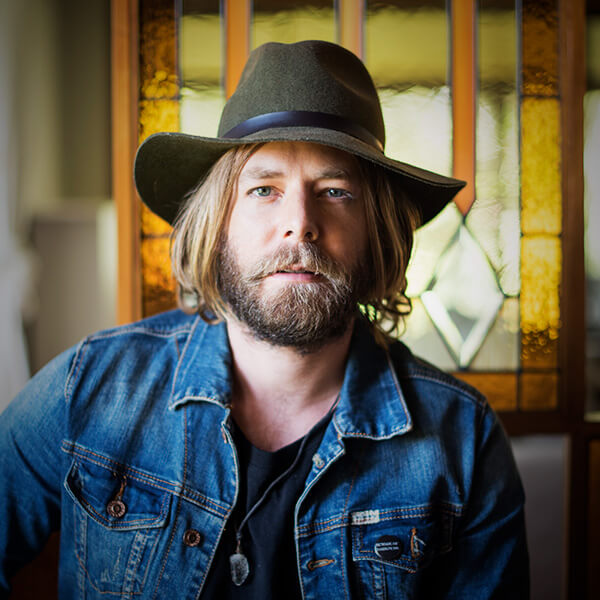 Music is in Wes’ DNA.

International award winning singer songwriter, golden guitar winner and number 1 selling Aria artist. From his humble beginnings as a 14 year old troubadour, gigging in small music venues across the country to sellout stadium performances, Wes has seen it all. He’s a multifaceted instrumentalist, producer, and performer and most at home with a guitar and microphone, stripped back raw and intimate.

In 2008 Wes won Australian Idol, his single “You” became a platinum selling Aria number 1 single. His album “The Way the World Looks” stormed the ARIA charts and debuted at number 2. His song “Feels like Woah” then became the most played song on Australian radio and internationally recognised becoming the CBS theme song in the USA.

Wes has recorded with some of the greats, Jim Horn (George Harrison, Brian Wilson) Jeff ‘the skunk’ Baxter (Steely Dan, Doobie Brothers) his song ‘Say My Name’ co-written by CJ Vanston (Joe Cocker’s musical director ) was featured in Christopher Guests film ‘For Your Consideration.’ He worked at Roy Orbisons’ studio in Nashville and the iconic Sound Studios in LA

In 2012, craving his troubadour roots, Wes created the independent release “Buffalo Tales” with Jazz royalty and best mate Stu Hunter. It was a solid departure from his rock sound to a more honest intimate creation. Both his EP “Blood and Bone” and album Roadtrip Confessions” reached number 2 on the singer songwriter charts.

In 2013 Wes won Best Male Artist at the International Acoustic Awards and second place for a song which he co-wrote with mentor ‘Don Walker’’. ‘Lost’ then went on to become Cold Chisels single off their latest album “No Plans”

Next was one man show ‘Here Comes the Sun’ celebrating the life of George Harrison. Wes played sell out shows across the country for 2 years, whist busily composing writing producing and recording in his home studio. During this time Wes also hit the main stage playing ‘Andy’ in the sellout national theatre tour of ‘Rolling Thunder Vietnam’

Earlier this year Wes won a coveted Golden Guitar for his collaboration with Catherine Britt, and later this year will be releasing a new album, ‘Hummingbird” 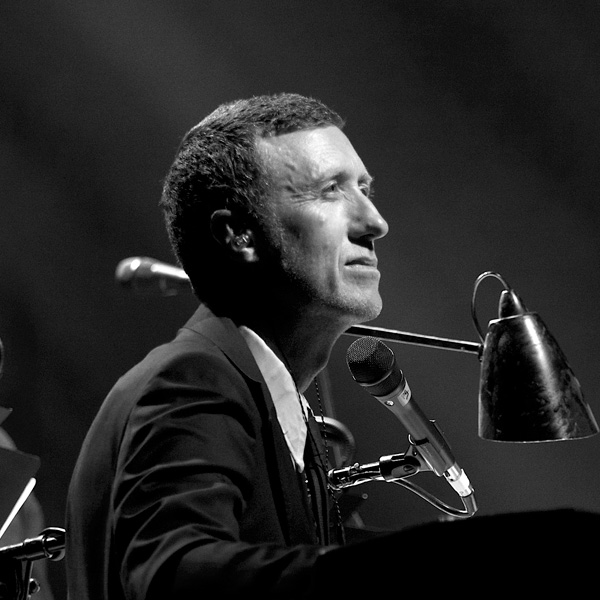 Paul Gray began his musical journey with piano lessons at age 10 and later studied jazz at the Sydney Conservatorium.

After high school he formed Wa Wa Nee. As lead singer, songwriter and producer he achieved considerable success in Australasia, Europe and the U.S with hits like ‘Stimulation’ and ‘Sugarfree’ (Top 30 in the U.S). Three albums and touring worldwide covered 1986 till 1991.

In the early 90s as a staff songwriter for MCA Music, Los Angeles he wrote and produced various hits for acts such as Cherelle and Five Star and contributed songs to some Hollywood movies.

Back in Australia from 1995 Paul has co-written and/or produced records for Tina Arena, Bardot, Scandal’us, Rani, Jon Stevens and C.D.B.

He has been Musical Director for Tina Arena since 2000 and toured with Leo Sayer, Kate Ceberano, Rick Astley, Darren Percival, Renee Geyer, Human Nature and many others.

He’s delighted to be the M.D for these ‘First Five’ concerts after great experiences MD’ing the ‘All you Need is Love’ shows and playing piano for the ‘White Album’ and ‘Sgt Pepper/Abbey Road’ tours.

And getting to sing some of his favourite songs from those early albums makes this show an unforgettable experience.

’The Beatles continue to be THE major musical inspiration for me. I’ve lived and breathed these songs for so long… hearing ‘Michelle’ as a 3 year old was the beginning of a lifelong musical love affair. It’s a dream come true to sing some of these classic tracks with our amazing band. And this new show, focusing on the early recordings, gives us all a timely reminder of their genius’.